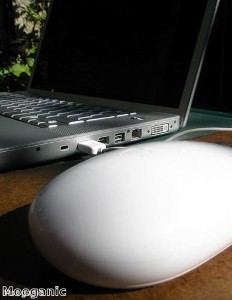 The eyes and ears of the internet marketing community were turned toward New York this week, as SES New York took place from Tuesday through Thursday. As search, social and other new media marketing channels continue to evolve, marketers are looking for guidance to prepare for impending shifts.

Brafton reported that SES keynote speaker Avinash Kaushik of Google provided some of insights on conversion optimization to tackle the changing online landscape. His tips dealt mostly with a holistic approach to marketing on the web. According Kaushik, businesses are often dismayed by fairly low conversions rates – the average website has a conversion rate of just 2 percent.

He highlighted that integrated new media marketing campaigns are most successful in terms of driving consistent traffic for companies and are often undervalued even though many channels might contribute to the 2 percent of conversions. Judging the effectiveness of web marketing solely based on last steps to conversions can result in premature adjustments that drive key traffic away from websites.

Kaushik used the term “assist value” to describe some top-of-funnel forms of web marketing, essentially saying that content marketing, social media and SEO help establish a greater brand visibility, which will lead to increased interest in the brand and more chances for conversion. He emphasized that one of new media marketing’s greatest strengths is the flexibility it offers businesses using it to improve, or optimize, their various efforts in these channels.

He also offered some actionable tips (covered by Brafton) on how marketers can analyze and optimize their marketing campaigns for conversions. On Wednesday, Brafton reported that marketers optimized their online campaigns an average of 11 times in the fourth quarter of 2011 to ensure they were most likely to reach their target audiences. A Maxifier study related by eMarketer found that using analytics data to assess the effectiveness of certain activities will help inform these efforts throughout the process.

When prospects are responding to a specific kind of content, brands should produce more of it. Businesses are learning this more often and shifting social media marketing campaigns – among others – more frequently.

Two separate social media marketing tools released this week will help companies find greater value and insights in their efforts in the channel. On Monday, Brafton reported that Facebook furthered its internal social metrics features with the advancement of Insights. Marketers can now assess the effectiveness of their strategies in terms of reaching mobile users. On its company blog, Facebook explained its standard metrics will be in place, such as the ability to see where interactions are coming from. Additionally, marketers can see which mobile operating systems are producing the most traffic.

Google unveiled its own mobile measurement tool this week as well. On Wednesday, Brafton reported that Google has rolled out social reports to help companies gauge direct and indirect conversions related to social traffic. All major social media marketing platforms are integrated into the tool, TechCrunch reported.

At a separate SES panel, John Shehata, executive director of search and social media for ABC News, discussed some of the most important considerations for Facebook marketing. Brafton detailed his Facebook marketing tips on Thursday. Shehata emphasized importance of calls to action within content shared on the site, which help draw attention to conversion opportunities. He also stressed using language that gives users clear actionable directions and/or linking from social pages to landing pages with CTAs provides prospects a direct link to purchase products or services. Moreover, engagement is key to getting maximum returns from Facebook marketing, Shehata reminded attendees.

While Shehata focused on Facebook, Twitter is among the most popular social tools for social engagement, and the microblogging site made a major announcement this week. On Thursday, Brafton reported that Twitter turned six years old recently and now affords businesses the ability to target more than 140 million active users.

Through its company blog, Twitter said that its users share more than 340 million Tweets every day. Whether it’s Facebook or Twitter, social media marketing has helped businesses target more prospects than ever. As such, the ability to reach new audiences and expand business grows as these platforms gain more users.

Facebook and Forrester recently collaborated on a report that found 71 percent of businesses using social media marketing say social has made their companies more competitive. Brafton reported that these companies are increasingly seeing success with branding campaigns through social efforts, as more prospects are conducting more research on social.

Businesses might expect more social updates to dominate internet marketing conversations next week as Google’s new social Analytics reports roll out to more webmasters. Additionally, marketers should be on the lookout for more competitive conversion optimization tools (similar to the new Insights from Facebook) as social platforms across the web compete to prove their economic value to brands in the post Search, plus Your World online landscape.