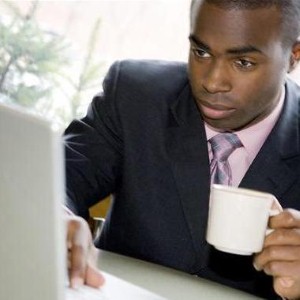 Content marketing is poised for rapid expansion in 2011, and marketers might be interested to learn that news content seems to hold online consumers' interest. A new report from the Pew Research Center for the People & the Press indicates that the internet is gaining ground on television as Americans' preferred news source.

According to Pew, 41 percent of U.S. consumers say they get most of their news from the internet. Although television is still the leading news source (with 66 percent of Americans citing it as their main news channel), TV is losing news viewers where the internet is making gains.

The internet showed a 6 percent annual increase in news readers in 2010, up from 35 percent in 2009. Plus, the channel has an even stronger news following among younger audiences; nearly half (48 percent) of 30- to 49-year-old say the web is their leading news source, and a whopping 65 percent of 18- to 29-year-olds go online to get their news.

College graduates also show a higher predilection for news on the internet, with 51 percent citing the web as their main news source.

Marketers should make note that these online readers are not necessarily turning to online versions of traditional news sources to get the latest headlines. An earlier Pew report reveals that more people turn to Google sites than The Wall Street Journal or The New York Times to find news online. This suggests consumers want news content that is tailored to their queries and related to specific interests.

Custom news marketing may be a valuable content strategy this year. In addition to Pew’s study, the rise of online news is clear based on Brafton’s earlier report that 75 percent of millennials look for news content online.