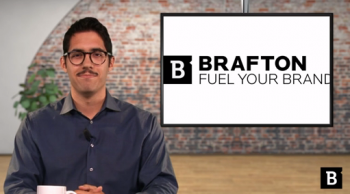 Twitter’s latest earnings report says the network made $312 million in revenue, 277 of which was from us. So 88 percent of Twitter’s revenue came from ad dollars. Many networks are making it so that we have to pay to succeed. This is driving a major trend toward spending social marketing dollars on paid content. So what’s worth buying? Let’s talk paid social.

Click play to watch the video below, or read on for the full transcript. Promoted Tweets help get eyes on content, and they’re cheap at 55 cents per click, so you might incorporate them if Twitter’s a valuable traffic driver for you. On Twitter, every organic post you make gets displayed on followers’ feeds, but that’s not true on Facebook – paid posts are becoming a necessity there.

UPDATE: Twitter released a new pricing model for paid ads, allowing marketers to pay for only the actions that support their marketing goals. Get the full details here. I’ll air your grievances for you: “I shouldn’t have to pay to reach fans who Like my page!” I agree, but we’re forced to play by the networks’ rules. So here’s the deal: Facebook has two paid offerings – post boosting and ads, also called promoted posts.

It’s best to use ads. With the same budget you can reach an extremely more specific audience and you have more control on spend. Post boosting has engagement potential but it’s really just an easy way to throw your dollars at the network – the candy in the checkout lane. Paid Facebook is middle of the road in terms of expense.

At minimum of $2 per click, Paid linkedin IS expensive, but it works because it targets individuals. LinkedIn has two options: Ads and sponsored updates. Ads are shown in the sidebars around members’ feeds, while sponsored updates appear within the feeds. Sponsored updates tend perform better because they appear more genuine. This is worth your investment if you’re B2B with some lead-gen oriented content — like a whitepaper behind a download wall. With all of these paid social options, the investment’s worth comes down to website content. Always promote your most engaging, high-conversion stuff. You’ll need eye-catching, text-tight ads, that point to a thought leader video or eBook that builds trust – even better if it’s behind a download wall for lead gen.