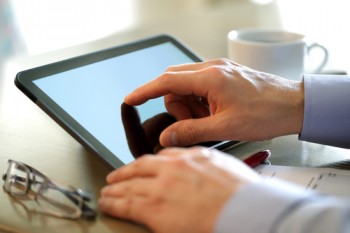 Among owners of tablet and e-readers, iPad and Kindle Fire users record the highest clickthrough rates for mobile ad content, according to a report from Jumptap. The study found that slightly more than 1 percent of paid ad content served to Kindle Fire users is clicked, while 0.90 percent of ads viewed by iPad users garner clicks.

Jumptap conducted the study to see if CTRs on tablets and web-enabled e-readers varied depending on the size of the device. While the smallest devices measured recorded some of the lowest CTRs, the largest did not see the highest. The Samsung Galaxy Tab features a screen larger than 10 inches and finished at 0.53 percent, on par with Samsung’s Galaxy S’ CTR.

Creating website content that appeals to users of mobile search and other channels that serve paid content should focus on the user – not the technology. Ensuring that those using different operating systems see content that will cater to their devices is critical, but it’s more important that articles, landing pages and other text remain relevant to their informational needs.

Brafton recently reported that iOS, which powers the iPad, fields the highest percentage of search compared to total web activity of any operating system, mobile or desktop. As such, paid search marketing campaigns are highly likely to attract Apple users. Marketers looking to make PPC campaigns more attractive and conversion-friendly have seen that using SEO content can make a site more appealing.