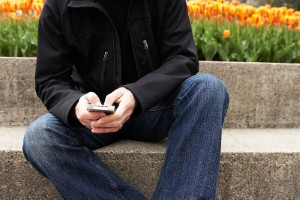 In its MobiLens report, market research firm comScore found that Google’s Android mobile operating system is the most frequently used, and Apple’s iPhone ranked as the most popular individual handset.

In June, July and August, more than 43 percent of smartphones on the market were powered by Android. Apple finished second, accounting for 27.3 percent of the market, followed by Research In Motion with 19.7 percent. RIM, the BlackBerry manufacturer, continues to lose market share to Android and Apple; comScore reported in May that RIM accounted for nearly one-quarter of the U.S. smartphone market.

For marketers, Android and Apple’s dominance places the spotlight on social media marketing opportunities, as Facebook and Twitter are among the most popular applications running on the mobile operating systems with nearly 31 percent of users accessing social networks.

Additionally, mobile browser use increased 2.3 percent from May to August, according to comScore. Brafton recently reported that SEO and content marketing strategies must adapt to the mobile web, as more users turn to their smartphones and tablets to access content on the go.