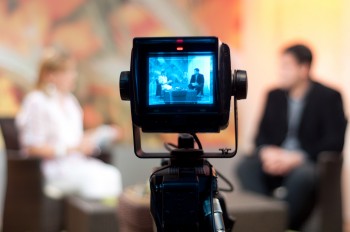 As Brafton has reported, consumers watched more than 11 billion online video ads in October 2012. This is a significant uptick from September’s 9.4 billion, as highlighted by comScore, and begs for marketers to question whether or not they have an effective video marketing strategy in place to accommodate the increase in video ad viewership.

Ooyala discovered an increase in the percentage of consumers viewing live and long-form video content across devices on a quarter-over-quarter basis. More, tablet viewership increased 26 percent after the release of the third-generation iPad. Ooyala watched video content engagement via tablet devices increase 90 percent in two quarters. Overall mobile video viewing rose 39 percent across the first half of this year, and total time spent watching video content via mobile devices increased by 64 percent. Perhaps the most important statistic for marketers is that, according to Ooyala, there was an increase in long-form video engagement across mobile devices, with tablet owners spending 71 percent of their overall video content consumption time watching media longer than 10 minutes. Thirty percent of tablet owners spent their time watching content that spanned more than an hour.

The uptick in video ad views between September and October noted by comScore provides a mere glimpse into how consumers have embraced online video content, and Ooyala’s quarterly report offers a deeper look into how longer visual content may attract more mobile consumers. These reports suggest that developing marketing strategies that include an array of branded content formats could help bolster lead gen campaigns and keep prospects engaged for longer periods of time.