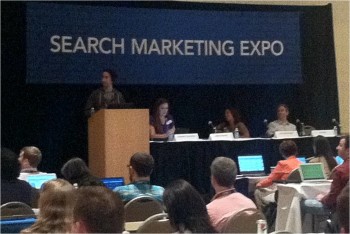 In a new Google Webmaster Help video, Search Engineer Matt Cutts explains that marketers shouldn’t necessarily take the search engine’s decisions to patent certain technologies as a sign that SEO game-changers are coming their way. On the contrary, Cutts states that Google acquires many patents, but it may not be using them at that specific time.

As an example, Cutts reports that there are Google employees who have been issued a patent for a mechanism that would allow search crawlers to determine if web pages changed their web content following an update. Some publishers recoiled, fearing that Google would then reward or penalize their sites based on their responsiveness. But the search engine’s decision to patent that technology does not guarantee that the mechanism will go into effect.

Cutts even issues this warning, “Don’t take it as an automatic golden truth that we’re doing any particular thing that’s mentioned in a patent.”

The search engine’s decision to patent that technology does not guarantee that the mechanism will go into effect.

Authorship for web authority?
This comes at a poignant time when many publishers are anticipating Authorship will soon be a deciding factor in SEO success. A Brafton article explained that Google has supported Authorship markup since early 2011, but it gained attention earlier this year when Matt Cutts said at SMX West that Google will consider authors’ identities and social reputations with more gravity in the future.

Google already has patents that might help its crawlers attach authors to their “digital signatures” and assign a score that indicates their reputation and authority. This ranking might be factored into search results, positioning authors with the most influence at the top of search queries. Some signs of strong authority include frequent posts from an author, comments around articles and conversation-sparking posts on other sites

Algorithm update or SEO best practice?
Cutts’ mentions of Authorship might have sparked buzz among publishers who want to stay ahead of Google’s updates. There is growing support for the practice simply because it associates names and photos with articles, which ultimately increases transparency. It’s a fact that readers are more likely to click links when there are complementary images, but higher clickthrough rates aren’t the only advantage. When publishers embrace Authorship, they also strengthen their personal brands, which can improve their companies’ content marketing efforts.

If Cutts’ recent video is a message telling marketers that Authorship updates aren’t in the immediate pipeline, publishers should not necessarily put their initiatives on hold. Developing an Authorship strategy well in advance of an official algorithm update can bolster a company’s online authority and improve its SEO results.