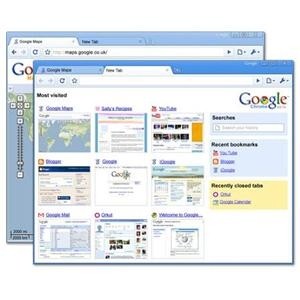 June 2010 web property rankings show Google is consumers’ choice
In spite of recent reports that Google is slipping in customer satisfaction rankings, Google sites proved to be the most popular web properties in June 2010. The latest Media Metrix Rankings from comScore shed light on the sustained drawing power of Google as well as some new verticals that are gaining web visits among U.S. online adults.

Google took the lead in web properties last month with nearly 179 million unique visitors to its sites, according to the report. Yahoo sites and Microsoft sites closely followed in second and third, with 170 million and 160 million visitors, respectively. It remains to be seen whether the sustained popularity of the two will help them gain ground on Google once the Yahoo-Bing search alliance takes effect.

One indication that Google will maintain its search edge lies in the rise of the travel vertical, with Google ready to field queries in this sector following its planned acquisition of travel software provider ITA. The comScore data shows that travel sites gained a significant amount of unique visitors in June, with transaction sites increasing in visitors by 32 percent and hotels/resorts, ground/cruise and airlines sites closely following. Different types of travel sites accounted for six of the top 10 gaining site categories.

Another rising category is online gaming. While these sites gained just 7 percent more visitors over May 2010, they reached nearly 103 million unique visitors in June. This confirms the predicted growth of the web game industry – ThinkEquity anticipates that that the social gaming market will be valued at $2 billion by 2012.

Notably, Google sites may soon be ready to deliver consumers the social games they seek. The Wall Street Journal reports the company is in talks with some major web game developers, most likely to produce games for its rumored social network Google Me.