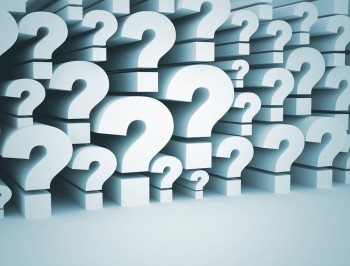 If you’re not familiar with native advertising, you’re not in the minority. Copyblogger recently published the results of a survey, which asked over 2,000 respondents about their familiarity with this approach to web marketing. It found that 49 percent of respondents said they have no idea what native ads are, and 38 percent were unable to recognize the formats they usually take from a multiple-choice list.

Given the relative confusion about this ad medium, it’s fitting that only around 9 percent of companies have set funds aside for native advertising campaigns. Native ads, a.k.a. advertorials, are created when companies purchase ad space from publishers and distribute their sponsored brand content in a way that looks and feels like the normal experience. Copyblogger refers to this as matching the customer experience and meeting the publication’s editorial standards, but the Federal Trade Commission (FTC) worries this kind of content could be misleading if consumers don’t understand they’re seeing ads.

A lot of marketers agree with the FTC’s sentiment. Over half of those surveyed were skeptical of the tactic, and 37 percent said it’s highly unlikely they would begin using them to reach target audiences. Plus, Brafton previously covered a Chartbeat study that showed 24 percent of readers spend less time on native ads than other types of web content. On the other hand, there does seem to be growing interest, based on the feedback Copyblogger collected. Three in 10 said they’re at least somewhat likely to explore native ads in their future marketing strategies, and one in five said they love this approach.

Native advertisements could become a viable solution if brands approach them correctly and honestly. All sponsored or promoted content should be clearly marked to inform readers they are seeing that content because it was purchased, and not necessarily because it was the best editorial choice. That’s not to say native ads can’t be top notch content. Well-written pieces that are relevant and interesting to the targeted audience will always be the best way to reach prospects.