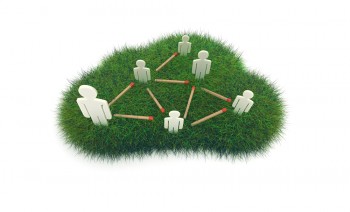 Social media usage across the globe has skyrocketed in the past decade, bringing people together for personal and professional purposes. Whenever a platform reaches a new, monumental benchmark, the world notices, and looks at where the platform will go in the future. “I’d like to thank each of you for helping build the LinkedIn network into what it is today. It’s been amazing to see how our members have been able to transform their professional lives through LinkedIn. You truly grasp the power of LinkedIn when you start to focus on these individual success stories,” Deep Nishar, senior vice president, products and user experience at LinkedIn, wrote on the site’s blog.

LinkedIn caters to approximately 74 million monthly active users in the United States, well above the user base in other countries. Additionally, about two members join LinkedIn per second, totaling around 172,800 registrations a day. The professional social network continues to grow at a rapid pace, and its largest niche sector belongs to information technology and services – 4 million of the site’s members are in this field. Nielsen reported that Americans spent 121.1 billion minutes social networking between July 2011 and July 2012. Fifty-one percent of internet users between the ages of 25 and 34 use social networking in the office, more than any other age group, which opens doors for LinkedIn to become an even greater part of the social media marketing world. In fact, 76 percent of Americans note that they feel “positive” after participating in social networking activities. Connecting with a new potential partner or finding career opportunities through LinkedIn contributes to positive feelings, making the site a go-to source for career inspiration.