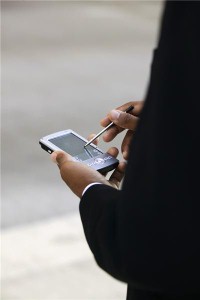 Brafton has long reported that local search's day is upon us, and the simultaneous rise of mobile searches makes it imperative for marketers to offer local content to catch clicks from on-the-go consumers. A recently released study from Harris Interactive, commissioned by Ask.com, reveals that smartphone users are impacted by the local information they can find on the mobile web.

According to the study, 30 percent of smartphone owners use their mobile devices to find information on the web more often than they use traditional computers to look up the same info. Plus, two-thirds of mobile users are likely to turn to the web for timely questions when they aren't near desktops.

With that in mind, it makes sense that mobile consumers are more influenced by up-to-date content. The study found that 40 percent of smartphone users are more interested in reviews or opinions within a 24-hour period than those published a month ago. The impact of timely content increased to reach 67 percent of impressionable consumers between the ages of 18 and 24.

Marketers planning mobile strategies and content marketing campaigns should consider that local information is a must to draw clicks and foot traffic from on-the-go consumers. Moreover, this kind of content may encourage mobile commerce.

As Brafton has reported, mcommerce is on the rise, with mobile shoppers poised to spend $119 billion by 2015.