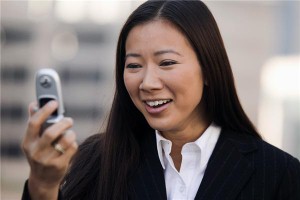 Bing announced this week that it is developing new local ad offerings. The company's new mobile local ad units speak to the rise of on-the-go searches for nearby businesses, and internet marketers should plan advertising and SEO campaigns accordingly.

Bing is going to offer “local search ad attributes” that let advertisers decided if they want certain elements – such as addresses and phone numbers – included in their ads. The company is also allowing new radius targeting for search ads, enabling marketers to segment their ads to specific neighborhoods. Bing says, “We believe this will increase ad relevancy for consumers as well as campaign efficiency and ROI for businesses.”

Relevancy is key to local, mobile marketing, but brands should be careful about the advertising techniques they use. As Brafton has reported, the recent Locationgate scandal surrounding iPhones and Androids may make consumers wary of highly targeted ads.

Instead, local search engine optimization may be the way to attract mobile clicks and foot traffic. Plus, as Brafton has reported, organic search drives more than one-quarter of traffic to local merchants' sites and 77 percent of smartphone owners regularly use search engines.

Although Google drives the most traffic to local sites, mobile marketers will want to remember to optimize for Bing and perhaps take advantage of the company's new ad units. As Brafton reported, Microsoft recently announced a partnership with BlackBerry and Bing will now power BlackBerry searches.