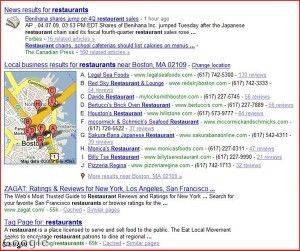 Content marketing is becoming increasingly effective for small businesses looking to reach nearby consumers as more local queries are conducted. Moreover, local searches aren't limited to major cities – rather, a new report from Chitika indicates people from small cities are more likely to conduct searches for nearby attractions.

According to Chitika, the lower the population density of a city, the greater the chances that searches will be local-focused. For example, in New York City and San Francisco, only 16.5 and 15.8 percent of searches are local. However, in smaller regions, such as Pensacola, Florida, or Chattanooga, Tennessee, 24 and 25.3 percent of queries are local.

“As geographic and population density decrease, a user’s tendency to search local has the potential to increase, for the importance of searching locally to 'find what you need' not only takes greater priority but, begins to encompass a different definition,” suggests Chitika.

While these findings stress that it is especially important for businesses targeting smaller cities to publish locally oriented content, businesses nationwide will benefit from local SEO. As Brafton has reported, a recent study from the Local Search Association shows that more than three-quarters of consumers have used search engines in the past year to find local businesses.