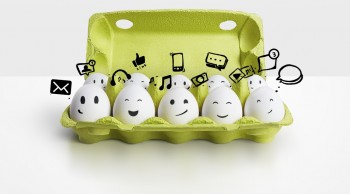 Students at the University of Arizona were asked about their Facebook habits in order to determine if updating accounts affected their moods. According to the report conducted by Psychology Researcher Fenne große Deters from the Universitat Berlin, college students who post more status updates throughout the week feel less lonely, even if no one “Likes” or comments on their posts. The study evaluated approximately 100 undergraduates, all of whom actively used Facebook prior to the study, and looked into how the act of publishing original status updates to the social network led to higher rates of happiness.

“We got the idea to conduct this study during a coffee-break sharing random stories about what friends had posted on Facebook,” Deters told LiveScience. “Wondering why posting status updates is so popular, we thought that it would be thrilling to study this new form of communication empirically.”

Students who didn’t update their profiles often felt lonelier than those members who actively wrote new status updates throughout a given week. According to the report, students’ happiness and depression levels went unchanged, which suggests that the effect only influences loneliness. Perhaps most interesting is that the team discovered loneliness levels did not vary when updates earned any comments or “Likes” from Facebook friends. The study hypothesized that just the act of crafting a witty update with a specific target audience in mind makes people feel more connected. The study provides marketers with insight into how consumers depend on social media platforms like Facebook for interpersonal connections with the world around them. Social media marketing may thrive as more Americans turn to Facebook for social support, especially when transferring to a new location for work, school or family. While the data reflects consumers’ likelihood to interact with people through Facebook, similar feelings may come from engaging with brands via the site, especially when the products or services make internet users feel included in social circles.

Nielsen’s “State of the Media: The Social Media Report 2012” noted that Americans already spend a lot of time on Facebook. The report showed that Americans allocated 62.2 billion minutes toward using Facebook on personal computers over the past year. More, people spent 27 billion minutes accessing Facebook accounts via mobile applications. Brands that update their profiles with social media content frequently may reach users in need of comfort. After all, nothing feels better than a little retail therapy.