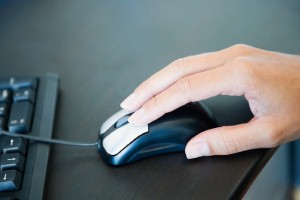 As we enter November and holiday shopping season kicks in, marketers should consider how to optimize their sites to catch the interest of online shoppers. Here's a look back at October's hottest searches, which may offer some insight on what consumers will be searching for on the web this month.

October started out with consumers looking to find out more about individuals who made headlines. During the first week of the month, the Google Beat reports that CNN anchor Rick Sanchez topped the charts following his comments about Jon Stewart. Searchers were also interested in information about Tyler Clementi, the Rutgers student who died following controversial hate crimes on his campus. Plus, the Chilean miners made two of the ten hottest rising searches during the week of the 22nd.

The strong news focus of these queries should remind marketers of a recent PerfectMarket study, which Brafton reported last month, demonstrating that journalistic content produces revenue on sites.

Sports-related news is always a good way to catch clicks, and last month started out with ample searches for the Ryder cup and a spike in searches for "SF Giants" as the World Series got in full swing. The Texas Rangers saw a 160 percent increase in searches during the week of the 15th. Also, Vikings quarterback Brett Favre became a top rising search thanks to his controversial conduct, as did the search phrase "Jenn Sterger," the alleged victim of his lewd comments.

Joining Favre in the month's hot searches, the Google Beat reports that Snooki was a top query for the following week. Snooki queries rose 170 percent during the week of October 22 after she was spoofed on the popular TV show, South Park.

While celebs' personal lives caught ample searches, one young student became a web celeb during the week of October 15 in light of a presentation about her private relationships. Google Beat reports that Duke student Karen Owen made a name for herself among Google users after her thesis on her personal relationships was uploaded to the web. Owen was a top search, increasing by 500 percent that week, as were related terms such as "Karen Owen thesis."

Holiday-related queries also came out on top the week of October 15. Google Beat reports that Columbus Day saw a jump in searches, as did Halloween phrases, including "pumpkin carving template" and "pumpkin carving stencils." During the third week of the month, there were also a lot of searches for the lesser-known October holiday "the sweetest day," which saw a 350 percent increase.

By the week of October 29, Halloween queries dominated the web. According to the Google Beat, people turned to the search giant for everything from holiday-related recipes to do-it-yourself Halloween costumes. The scary movie Paranormal Activity 2 also benefited from the spooky holiday, with searches for the horror film rising 300 percent, making it the fastest-rising search term for the week.

With last month's searches in mind, marketers should consider the benefits of hard news content, trending celeb topics, ever-popular sports news and holiday happenings. The World Series and Thanksgiving-related queries will be topics to watch in November, and brands should keep themselves up to date on what's hot in their industries so they can stay ahead of the trends to attract web visitors this month.

News marketing may help marketers convert web visitors into customers this November. As Brafton reported last month, a CNN study shows that consumers tend to favor brands affiliated with news content, with 27 percent preferring these brands and 19 percent more likely to recommend them to others. News marketing may help businesses convert web visitors into customers.