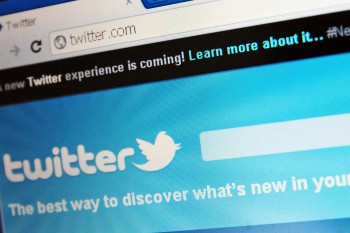 Twitter seems to be making a big push for relevance in 2014. Recently, the social network unveiled a new layout with updated features, which will be integrated with all users’ profiles over the coming weeks. There has also been a flurry of potential adjustments to Twitter’s interface, including the elimination of traditional Retweets and @replies, presumably to make the channel more accessible to new users.

Another addition to the way people interact with Twitter was just announced. According to Twitter’s official blog, users will now see in-browser notifications for certain events, including, receiving replies, favorited Tweets, retweets of their posts, direct messages and gaining new followers.

These are important events for people on Twitter, but social marketing professionals already look at this kind of behavior in real time through automation software or third-party programs. Still, these new features shed light on the way customers see the social platform and interact with it.

According to data collected by Twopcharts, 44 percent of Twitter accounts have never sent a Tweet. For a network as fast, responsive and vaunted as Twitter, it’s surprising to learn nearly half of all users are only consumer content shared on the platform. However, on further examination, it’s not that hard to believe.

First, consider that for many users, Twitter isn’t strictly a communication service. Instead, it’s used to curate content and keep tabs on writers, blogs and news outlets. This is what makes it such a valuable tool for marketing, as Brafton’s March Madness tournament proved. The Twitter user base is a ready-made audience of people looking for interesting content that stands out and begs to be read.

Secondly, some Twitter users may just feel they’re not properly incentivized to be active. If the content they see, from brands or friends, doesn’t spark engagement and encourage conversations, it’s no wonder people see Twitter as one-way glass.

For content marketing, the task is clear: Be thought-provoking and interesting. That might mean linking to external content, but it appears many consumers actually want some content that isn’t all self-referential.  However, brands can still solicit Retweets, ask questions or simply add interesting text to their linked articles for greater engagement and audience-building.

Want to learn more? Check out this related Brafton content: