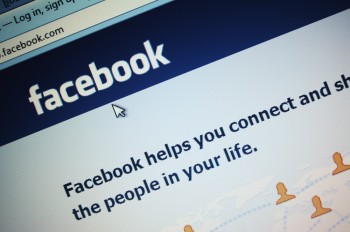 Facebook changes have been coming left and right recently, and the social marketing landscape is being altered to match. As Brafton reported, there was already a remarkable downturn in organic News Feed visibility, dating back to 2013, and now the channel is exerting more control over what users see.

According to the official Facebook Newsroom, the company’s engineers are making a concerted effort to reduce the amount of spammy posts that appear in News Feeds. Spam is often in the eye of the beholder, especially when it comes to marketing, but Facebook isn’t being coy about what constitutes unwanted posts:

Like-baiting: Unless there’s a contest going on, asking for Likes or other social actions is never a marketing best practice. Facebook is explicitly stating Likes should be organic and earned, rather than solicited, so posts begging for them will undoubtedly get less News Feed visibility.

Frequently circulated content: Reposts, or media that people have already seen before don’t add anything to the FB experience, so when algorithms get the impression people or brands are just regurgitating the same content, their updates won’t see the light of day.

First and foremost, brands should be creating engaging and interesting content. There’s no better way to reach users than to post media they want to click on.

Spammy links: Content marketers should already understand this, but Facebook believes it bears repeating – links and their anchor text should describe exactly what users will see when they click on them. Being opaque or misleading is now officially an approach that will make posts invisible.

Getting through to customers, socially

These guidelines are helpful for customers who want to understand what not to do. But what best practices remain for social media marketing campaigns thrown for a loop by recent tweaks? First and foremost, brands should be creating engaging and interesting content. There’s no better way to reach users than to post media they want to click on.

However, it’s also worth taking a hard look at which networks customers are actually using. For example, according to Piper Jaffray’s Taking Stock with Teens study,  in just the past year, teens have gone from naming Facebook as the most important social network in their lives to claiming that title belongs to Instagram. The social winds are fickle, and customers may change their preferences rapidly.

Just consider the recent research about Google+ that Brafton shared – rather than being a ghost town, as some have implied, G+ actually has almost as many users as Twitter and may even encourage more engagement. In this context, it may turn out Facebook is becoming a better tool for retaining existing customers, while reaching new users could be best conducted on other networks.