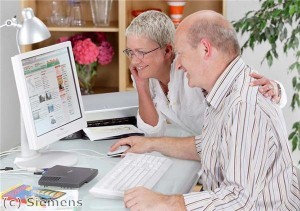 Marketers looking to tap into the lucrative teen market, which Brafton reported on earlier this month, are likely to turn to social channels – but young adults aren't the only consumers they'll find on the platform. A new report from the Pew Internet and American Life Project reveals that social networking use among internet users older than 50 has doubled in the past year.

Social sites, including Facebook and Twitter, are increasingly embraced by consumers, and it seems older Americans are among the most enthusiastic users. Social network use for the 50 and older crowd has risen from 22 percent in 2009 to 42 percent this year. Nearly half (47 percent) of internet users between the ages of 50 and 64 use social sites, while more than one-quarter (26 percent) of internet users 65 and older are social networkers.

Marketers looking to appeal to older consumers online should be advised that regular social content updates will be in order. Twenty percent of 50- to 64-year-olds check social network sites every day, as do 13 percent of 65 and older online consumers. Additionally, this demographic is beginning to include Twitter in its online routine, with use adopted by 11 percent of online adults between 50 and 64 as well as 5 percent of internet consumers 65 and older.

Perhaps the growing appeal of Twitter is its role as a news-sharing forum, as 42 percent of 50- to 64-year-olds and 34 percent of internet users 65 and older get news online each day. These findings correlate with the results of a recent ExactTarget study covered by Brafton suggesting that 21 percent of online consumers are "news junkies" who search the web for the latest industry news.

With this in mind, marketers should remember to frequently update the content they offer internet users, and they should deliver news to consumers via social platforms as well as their websites.