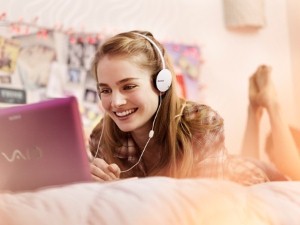 With the U.S. economy slowly on the mend, it seems a number of industries are renewing their efforts to reach teen shoppers, and with good reason. Marketing Charts reports that a Packaged Facts study shows 12- to 17-year olds’ spending will rise to $208.7 billion in 2011.

Notably, major retailers, including Sears and Macy’s, have launched teen-targeted campaigns this season that focus on online outreach. Sears has launched CrushYourStyle.com to let adolescents create virtual outfits with their real-life products. Macy’s has released a Madonna-inspired clothing line specifically for teens, accompanied by a Facebook page and kid-friendly interactive page on the Macy’s website. But retail isn’t the only industry going after teens. Coca-cola recently created a mobile social site, the Sprite Yard, to appeal to teens who carry cell phones.

These big brands offer valuable insight for advertisers who want to tap into the teen market – adolescents are tech-savvy, and they like interactive content. The Packaged Facts survey shows that more than 90 percent of U.S. 12- to 17-year-olds regularly use computers at home or at school, and OTX’s Teens and Social Networks Study indicates that more than a third of teens on social sites, such as Facebook, spend nearly 50 percent of their time online playing games.

In fact, the OTX study suggests that social sites may be the best way to reach teens. Teens spend 80 percent of their internet time on social media. Facebook is the most popular social site, with 69 percent of teens actively using profiles. Two-fifths of teens (41 percent) use MySpace, and 20 percent have Twitter accounts.

At the same time, marketers may hit two birds with one stone by generating mobile-ready social campaigns, in the style of Coke. An eMarketer report shows that 14 percent of young teens currently own smartphones, and this number is predicted to grow rapidly in the coming years.

Mobile-friendly, interactive campaigns may soon be the best way to reach on-the-go consumers of all age as smartphone games are increasingly helping brands engage consumers. The Compete Smartphone Intelligence survey found that mobile gaming is most popular among iPhone users, with 51 percent of owners of Apple’s phones claiming they have five or more games loaded on their sites. Additionally, 54 percent of BlackBerry users have at least one game downloaded to their phones.