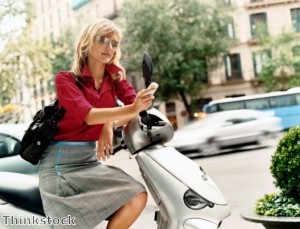 Mobile search queries are expected to account for 8 to 10 percent of overall searches this year, according to RBC Capital Markets. The iPhone 4 sold more than 1.7 million units in its first three days of release, and iAd is fast becoming one of the most popular advertising networks. Compete’s Q1 2010 Smartphone Intelligence Survey reveals that one in three smartphone users has visited a local business they found through a local search application. Sensing a trend?

The Mobile Marketing Association is spelling it out with their latest survey: Mobile marketing budgets will skyrocket in 2011. This means marketers looking for work should be ready to hit the small screen with targeted campaigns for smartphone users.

DM2 Pro reports that the MMA survey, which will be released next month, shows that mobile marketing budgets will increase by 124 percent from 2010 to 2011. The findings indicate that mobile is the platform poised for the most growth next year, with spending predicted to rise from $2.3 billion this year to $5.5 billion.

The survey also found that SMS and mobile websites are going to be the focus of mobile marketing campaigns next year. Fifty-eight percent of respondents currently have these mobile marketing components in place, but 83 percent will adopt them in 2011.

Marketers looking for positions should emphasize their mobile savvy. When optimizing a website for mobile devices, it’s important to remember that users are working with much smaller screens. Content should be brief and cater to what mobile users will most want to know. It may also be wise to prominently display a company’s phone number on a site, since smartphone users may be inclined to dial directly with their queries.