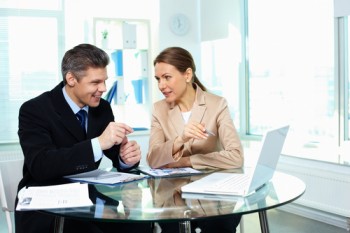 According to the research, social media marketing is seeing steady adoption. More than 87 percent of companies using web marketing are active on Facebook, and 38 percent use Twitter. Both of these channels have helped companies establish strong online presences, and those lacking a presence on social may struggle to compete moving forward.

The web as whole is seeing more attention, with spending on various internet channels expected to rise 26 percent, STRATA reported. Content marketing and SEO were not included in the study, but reports from early in 2012 suggest both are major elements of campaigns for companies across industries.

“Even the segments of the industry not supported by political ads are confident about the futute,” John Shelton, STRATA president and CEO, said in a release. “In fact, less than a quarter of buyers are waiting until after the elections to advertise, which indicates a willingness of advertisers to buy ad space during a political ad season.”

More traditional advertising outlets, such as TV, radio and newspapers, are seeing increases as well, but STRATA suggests that much of this growth is due to the political and December holiday factors.

While paying for ads on social networks, search or other web channels can help companies drive traffic and boost conversions, the web has illustrated the need for high-quality content across channels to support it. Brafton recently highlighted data from AYTM Market Research that found 53 percent of Americans believe there are too many ads on Facebook. Similarly, invasive display ads frustrate web users to the point where Google has rolled out an ad muting tool to help them block out ads that interfere with their web experience.

Brafton also highlighted a report from Triton Media that found 61 percent of consumers browse the web to find content related to products or services they plan to purchase. These users may be influenced by ads to a degree, but many are looking for content that provides reliable information on different items.