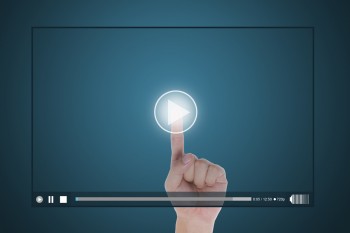 The high demand for online video content has sparked a movement in the content marketing world. Over the past few years, it’s been established that marketers, whether they are B2B or B2C, must use several tactics to get their branded content in front of leads. Adap.tv’s recent Q4 State of the Industry Survey on Digital Video Advertising found that online video ad spend increased 27 percent in 2012. The report projects online video marketing will grow by 20 percent next year. When Adap.tv analyzed its data, researchers discovered the uptick in video ad spend came concurrent to a push to bring broadcast television and online advertising closer together. In fact, 78 percent of survey respondents said they plan to incorporate both online and TV ad development in their content marketing strategy for 2013. Perhaps most interesting is that broadcast TV ad budgets have declined in order to fund online efforts. The study noted that 27 percent of survey respondents said their broadcast budgets were reduced to facilitate content across online media channels.

Marketers must identify the avenues that can provide them with the greatest ROI, and a recent HubSpot report indicates that Facebook might be the solution. In a recent survey, HubSpot data found that photos on Facebook Pages receive 53 percent more “Likes” and 104 percent more comments than the average post. While images are very different than video files, the HubSpot report highlights the dependency many consumers have on visual content, and that social media users might respond similarly to video content on their news feeds. More, Facebook was named one of the top five viewing platforms in comScore’s September 2012 Video Metrix report.

According to MarketingProfs, 70 percent of B2C marketers plan to use video in 2013 to attract and nurture leads, which shows businesses are getting sophisticated with their content creation plans. As the new year approaches, marketers should evaluate their future campaigns and consider if video is right for them.