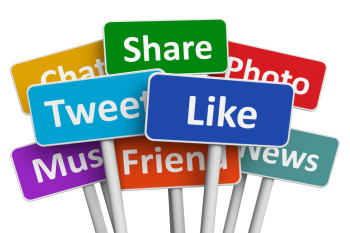 When it comes to managing social media marketing campaigns, companies should not be afraid to trust their instincts. These inclinations have led marketers to invest time and energy in networks on par with audiences’ demand.

ComScore‘s Media Metrix Rank for the Top 50 U.S. Web Properties in May 2013 shows that among social networks, Facebook continues to reign supreme with 144.5 million unique U.S. visitors throughout the month. This total puts the social network fourth overall for most visited web properties in May, just behind the top three search engines – Google, Yahoo and Microsoft sites.

It appears marketers’ compasses are synchronized with consumers’ wants because Social Media Examiner’s 2013 Industry report shows these are the same networks companies deemed most important this year. Just under half (49 percent) cited Facebook as the focus of their practices, while Linkedin came in second, as the most crucial for 16 percent. Twelve percent cited Twitter as their action-critical social network, while Google+ and Pinterest round out the report. Two percent and one percent, respectively, said these sites were imperative for their social media strategies.

This shouldn’t discourage marketers who have recently upped investments in less popular networks. It means companies have made wise decisions by first developing strong presences on the sites with the greatest reach before moving onto networks that target niche audiences.