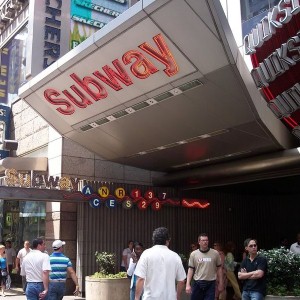 Marketers in the city that never sleeps are about to find they will never lose wireless connection while traveling on the subway. New York City’s Metropolitan Transportation Authority is poised to offer passengers WiFi service in underground tunnels.

The New York City Transit has struck a deal with an Australian mobile-infrastructure operator to provide coverage extending from station to station in NYC’s underground. Alex Mashinksy, CEO of Q-Wireless, one of the corporations involved in installing the wireless service, explained to the New York Daily News that service will be strongest in wider tunnels, like those in the city’s highly populous Manhattan.

Mashinsky explained to BusinessWeek that officials will begin installing smoke detector-size antennas in six stations within the next two months. Stations could be wireless-enabled at a rate of 10 to 15 per month, he says. Then, AT&T, Verizon and Sprint will reportedly pay Transit Wireless to provide service for their customers who want to use the network.

The expansion of wireless access into New York City subways may be beneficial for countless marketers who are based in NYC or who are visiting for conferences and looking to check in with work while on the go.

Additionally, marketers beyond the Big Apple can benefit from the service, as it will offer them extended access to a significant number of mobile users. AOL’s Small Business News relays stats from the city’s transit authority, indicating that 5.1 million consumers ride NYC subways each week. Other sources estimate the number of subway travelers in New York City is closer to 4.3 million per day. Regardless, mobile ads stand to reach a lot of on-the-go eyeballs if businesses target subway riders in their marketing campaigns.