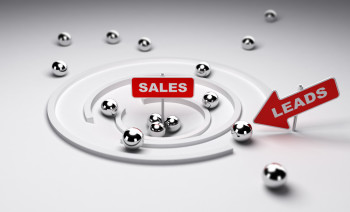 Brands are expected to spend more on paid ads in the coming years, as eMarketer predicted digital media investments will climb from $36.8 billion annually to $62.83 billion by 2017. The “Digital Ad Spending by Industry 2013: Forecasts and Key Trends” report explained this total is split across mobile and desktop, but also varies across verticals. Brands don’t need to increase their ad budgets to be successful, but they will find it’s critical they build search engine marketing strategies that reflect their long-term goals.

The eMarketer report broke industries into two categories – companies looking to improve branding and others hoping to increase direct responses, such as leads and sales.

Companies in the travel sector skewed the heaviest toward bottom-of-the-funnel goals and it’s predicted they will spend 73 percent of their paid ad budgets to drive results. Other verticals expected to spend heavily to improve direct response include:

On the other end of the spectrum, entertainment brands and consumer package goods (CPG) marketers plan to spend more on top-of-funnel goals like brand awareness (63.5 percent and 63 percent, respectively).

This breakdown is similar to another report Brafton recently covered from Webmarketing 123, which found both B2B and B2Cs list bottom-line goals as their top priorities in 2014. It’s important for marketers to produce tangible ROI when running any campaign, but they may lose leads and conversion opportunities if they don’t balance their efforts across the sales spectrum. By putting emphasis on branding and engagements, marketers create a pipeline of prospects that can eventually contribute to hard sales.

It’s equally as important to strike a balance with organic content marketing. Content should be created for prospects throughout the sales funnel, as well as those who have yet to enter, and current customers. It might be easier for marketers to cater to a wider audience with a focus on organic brand content, rather than paid ads, because these pieces live longer online and can be repurposed across channels for greater value.