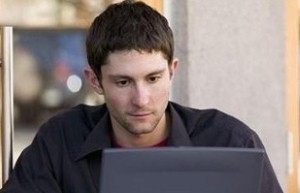 When Brafton reported that 40 percent of women are "Facebook addicts," marketers may have started launching female-friendly social campaigns – but a new study sheds light on men's frequent Facebook usage. They may not be self-described "addicts" like their female counterparts, but men surveyed by Ipsos OTX for AskMen.com reveal they are bigger social communicators than previously thought.

The survey showed that men spend more time on their computers than watching television or using mobile phones. Nearly three-quarters of male consumers (73 percent) said their computer monitors are the screens they spend the most time in front of. For 29 percent of American men, Facebook is the leading tool for them to stay in touch with friends, second only to telephones and outranking email.

Similarly, this summer's report from The Media Audit indicates that females represent just a slim majority of Facebook users, while 44.8 percent of monthly users are male. The study shows LinkedIn is a social site dominated by men, where males account for nearly three-fifths of the audience (58.8 percent).

It seems men are increasingly getting social online, but one platform they tend to avoid is Twitter. The AskMen.com survey shows that 87 percent of U.S. males do not use Twitter at all. Eleven percent say they occasionally use the microblogging site, and only 2 percent claim they are "addicted" to it.

While Twitter may not be the ideal channel for marketers to reach male audiences, they may have better luck getting men to participate in Twitter Places campaigns or other geo-social initiatives. A survey from Webroot shows that 68 percent of men are comfortable with geo-social location tools while 49 percent of women are highly concerned about privacy risks associated with the platform.