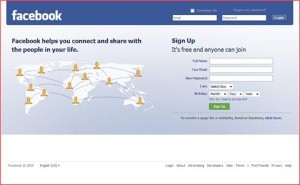 While Facebook is by far the No. 1 social network with more than 750 million members, a recent report from GlobalWebIndex suggests consumers are using the social site less frequently in favor of other networks.

In major markets, such as the United States, Canada and the United Kingdom, time spent on Facebook has dwindled considerably. For example, American users are Facebook messaging their friends 15 percent less than in July 2009, while the number of members joining groups is down 10 percent. Moreover, these trends are exacerbated among college-educated 20-somethings.

However, while Facebook usage is down, other social activities are up. Microblogging has increased by 62 percent compared to July 2009, while engagement on other social platforms grew 40 percent.

Additionally, people are changing how they use social networks. Rather than being content creators, their roles are changing to content transmitters. This highlights the importance of content generation efforts. Because social media enthusiasts are more likely to share content, brands can capitalize on this trend if they publish insightful and high-value news, blogs and/or articles.

Despite the growing effectiveness of content marketing, there are still some sectors that are missing out on potential leads. Brafton recently reported that only 10 percent of North American finance businesses maintain regularly updated blogs.