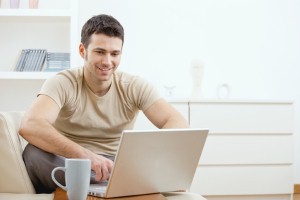 Video marketers may want to start optimizing their ads for Bing – according to the latest online video rankings from comScore, Microsoft sites have moved up to the fourth place in terms on unique viewers.

Microsoft sites gained roughly 6 million viewers month-over-month in September. ComScore data shows more than 45 million online viewers tuned in on Microsoft sites, up from 39 million in August. This bumped the company up to fourth place, positioning it ahead of VEVO and Fox Interactive Media.

While Microsoft is gaining ground in terms of unique viewers, marketers may want to consider that ads on its sites only reach 8.7 percent of the U.S. population. Meanwhile, search giant Google delivered ads to 16.2 percent of Americans in September, demonstrating an increase over August.

Google sites also remain the top web properties in terms of unique viewers and viewing sessions. Notably, Facebook dropped down to third place with 52 million viewers in September, after Brafton reported the social site was the second-leading video site in August.

Meanwhile, Yahoo regained its second-place spot in the rankings last month, with more than 54 million viewers. Perhaps the rise in Yahoo's video viewers is related to the company's recent promise of a more "entertaining" user experience, which Brafton reported last month.

No matter which web properties marketers use to deliver video ads, it's important to remember to keep video content concise. Visible Measures reports that two out of five video viewers abandon online videos within the first minute.