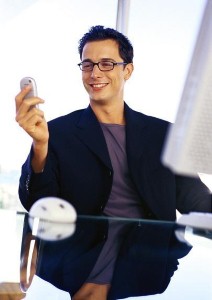 With the most recent comScore data indicating that 234 million Americans use mobile devices, marketers must keep up with the latest marketing trends to reach on-the-go consumers. A new report from Distimo suggests that brands should consider mobile application advertising, as mobile app revenue is on the rise.

The growing app store for Google fits the overall growth of Android, which Brafton has reported currently boasts the highest adoption rate.

Creating branded mobile applications and advertising within apps could really pay off. The study shows a jump in revenue generated by in-app purchases (for paid and free apps), particularly on Apple devices. Between June and December, Apple saw a 17 percent increase in revenue share generated by in-app purchases on the iPad and a 13 percent increase on the iPhone.

Marketers may find that the prevalence of in-app purchases among Apple mobile users will soon rise, as the iPhone will be available to Verizon users in February. As Brafton reported, Verizon made the much-anticipated announcement that it will offer users the iPhone, and mobile marketers may want to capitalize on this through Apple mobile applications and other advertising platforms.