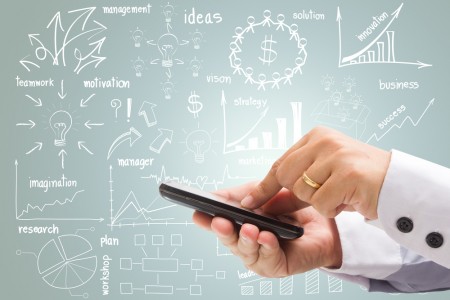 The world is quickly changing from a PC-oriented society to a mobile-friendly culture. According to Flurry, a tech innovator, iOS and Android device adoption has grown rapidly – faster than any other technology in history. The source recently reported that smart devices are being adopted 10 times faster than PCs in the 1980s, two times faster than the internet in the 1990s and three times faster than the most recent proliferation of social media.

The web is expanding and becoming a more accessible space, and mobile technology continues to push developers and content marketing specialists to adapt to consumer demand. Interestingly, individual internet browsers boast different interaction metrics, which content writers can use to craft compelling campaigns that are tailored specifically for mobile users. Marketers may notice that the average word count per query on mobile Safari is higher than its desktop counterpart and nearly equal between mobile Chrome and desktop browser searches. This trend indicates mobile users make more specific searches from their smartphones, and branded content that is optimized for the mobile web has the opportunity to feature longer key phrases to reach prospective leads.