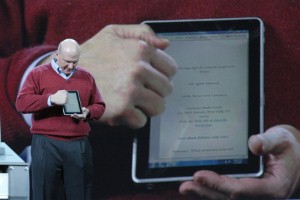 Tablet users demand high-speed access to their favorite websites, and any pages that lag could drive them to other sites. According to a report from Equation Research, most tablet users expect pages accessed via their devices to load at a speed similar to their desktop or laptop computer, eMarketer relayed.

Moreover, 66 percent said the main issue they encounter with web access on their handsets is speed. While marketers cannot fix a slow mobile network, they can be sure that their content aimed at driving traffic from qualified prospects is optimized for mobile access.

Mobile site speed should be a top priority as tablet and smartphones users are becoming an increasingly large portion of the population. Many are conducting purchase decision research from their handsets. Laggard websites could be a turn-off for these ready-to-buy consumers and B2B buyers.

Brafton recently reported that the 2012 holiday shopping season was especially strong for tablet sales, as a recovering economy and greater demand for the handsets increased interest in iPads and various Android-powered devices. Pew Internet Research reported that tablet ownership in the U.S. essentially doubled during the holidays. The company pegged the number of adults using tablets at about 19 percent at the end of January. Prior to holiday shopping, about 10 percent of Americans used the devices.

Moreover, tablet sales will likely continue their ascent, as fewer consumers and businesses purchase laptops for their computing. On the other end, many in the market for e-readers have opted for tablets since the get access to the same digital book-reading capability and greater web access. Additionally, Brafton has reported that online purchases via tablets are rising. As such, mobile site speed should become a focus for businesses.

Developments in web design, namely HTML5, have made it easier for companies to create a site fully accessible via mobile and desktops. However, companies must be sure to address their mobile audience by constantly testing their website to monitor potential site speed issues.

Site speed is an increasingly important element of web marketing across devices, as it has become a ranking signal for search engines. Brafton recently reported that the amount of websites negatively impacted by poor site speed is minimal, but Google’s Matt Cutts continues to urge marketers to monitor this element of their websites. As Google’s algorithm shifts to focus more on more user-friendly websites, poor site speed could negatively impact SEO campaigns.