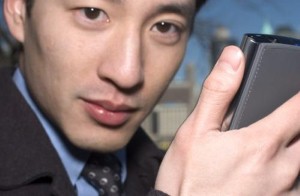 Brafton has reported that Google's mobile queries have increased 400 percent in the past year and mobile web usage is poised to drive the company's paid clicks. Now, data from Performics indicates that mobile may account for more than 10 percent of overall impressions and clicks, respectively, in March.

According to Performics, mobile paid search impressions rose steadily in 2010, reaching 8.4 percent of the market at the end of the year. Then, in January, on-the-go impressions reached a new high when mobile accounted for 9.4 percent of all impressions.

Now, Performics anticipates that mobile will account for more than 10 percent of paid search impressions and clicks in March. With this in mind, marketers may want to plan their paid search campaigns accordingly.

Additionally, brands should consider optimizing their sites to reach on-the-go searchers. Fresh content targeted at nearby shoppers may help businesses get an edge; as Brafton has reported, consumers tend to look for local, timely information while searching via mobile devices.