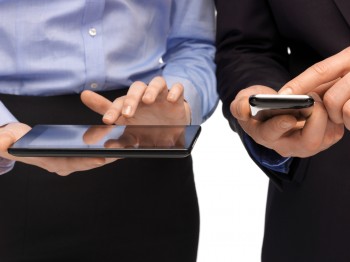 There’s some concern among content marketing professionals that increasing mobile usage is a problem. Smartphones and tablets provide users with a different way of interacting with the web, and some marketers interpret this an meaning companies need to do twice as much work to make their content visible on varied mediums.

As Brafton explained, this isn’t necessarily the case. In fact, considering the mass integration of mobile devices with apps, networks and content platforms – optimization for different hardware isn’t something that marketers need to overthink. Instead, the focus should be on high-quality, shareable and clickable content.

Mobile social is the norm for millions

Two social networks recently revealed they had reached new peaks in terms of usership. Mark Zuckerberg announced there are over 1 billion mobile Facebook users worldwide, while the official Instagram blog featured a post declaring the mobile-only platform had reached its 200 millionth user. These figures are nothing to sneeze at, and prove how necessary mobile browsing has become for many people.

This news comes at a time when desktop computing has seen a major shakeup. According to comScore’s latest findings, Google surpassed Yahoo in the number of unique visitors who accessed the companies’ properties from desktop devices in February. Yahoo had led its rival for seven straight months, and while that may seem strange given Google’s massive overall share of the search market, it makes sense considering the other properties Yahoo owns, like Tumblr and Flickr.

Search engines are looking at hundreds of factors to determine whether sites will rank well or not, including mobile-indicated location data, context from review sites like Yelp and users’ Google+ profiles.

The news of Google’s dominance sheds more light on Yahoo’s latest actions. Brafton reported on the burgeoning partnership between Yelp and YP.com, as well as the data-sharing relationship between Yahoo and Yelp. The semantic web is driving the need for more information, and Yahoo and Bing are struggling to keep up with Google. Whereas the former sites are leveraging their subsidiaries for more information, Google is using its massive reach to build proprietary data-collection entities.

Context is the key for searches

Taken together, these developments indicate one important truth: Searches are no longer made in a vacuum. Search engines are looking at hundreds of factors to determine whether sites will rank well or not, including mobile-indicated location data, context from review sites like Yelp and users’ Google+ profiles. Where web marketing is concerned, businesses should be providing as much information to build their brands and become clear entities in the eyes of both search engines and users on social media networks.