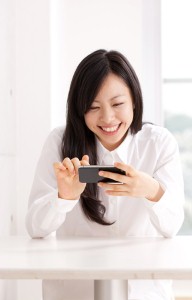 According to the company's latest mobile video report, the number of U.S. mobile users who watch video content via their devices is on the rise. In the fourth quarter of 2010, nearly 25 million Americans watched videos while on the go. This represents a 40 percent year-over-year increase, as 17.6 million mobile Americans watched mobile videos in Q4 2009.

The company expects that the rise in video viewers is linked to the overall rise of tablet and smartphone markets, which suggests that marketers should have some mobile content campaigns in place. Indeed, earlier this week, Brafton reported that the smartphone market is expected to grow 50 percent this year.