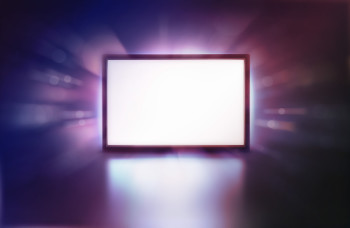 ​When it comes to developing innovative marketing campaigns to broadcast thought leadership, companies can learn from big brands doing it right. Samsung recently revealed some key insight into the success of its smart TV campaign to eMarketer, showing that the company used social media, mobile technology and location-based audience targeting to drive success.

Samsung worked with Starcom Worldwide and JiWire to put together a campaign that fueled word-of-mouth marketing. The goal was to drive prospects to engage with Samsung’s smart TV in stores, and then compel leads to speak about their experiences with their family and friends online. In the end, 86 percent of people who purchased the TV first engaged with the device in retail stores.

To emphasize the unique functions of its smart TV, Samsung partnered with Angry Birds to create an in-store experience that demonstrated the device’s motion and voice controls. The concept: if people play the game in stores and enjoy themselves, they would take to the web to talk about their experiences. In turn, social media marketing would take on a life of its own as prospects managed most of the online promotion.

The mobile technology platform JiWire delivered location-specific ads to leads’ phones that persuaded them to visit retail stores featuring Samsung’s smart TV. These ads reached people within a 5-mile radius of select retail locations, and targeted consumers who may be most interested in a new technology like an enhanced television.

58 percent of people who interacted with the in-ad piece had a more positive outlook on the TV as a result.

While the mobile ads likely drove interest in the product, social media could have helped unique branded content reach wider audiences. A recent Burst Media report noted that social media continues to thrive on mobile devices, and Samsung’s ability to convince leads to talk about​ ​their experiences online could have proven to be the campaign’s difference maker.

While Burst’s data shows desktops and laptops still dominate time spent on social media networks, mobile devices continue to catch up. Starcom reported that 58 percent of people who interacted with the in-ad piece had a more positive outlook on the TV as a result, and perhaps a good percentage turned to their mobile devices while still in the parking lot to tell their friends about the technology they just engaged with offline.