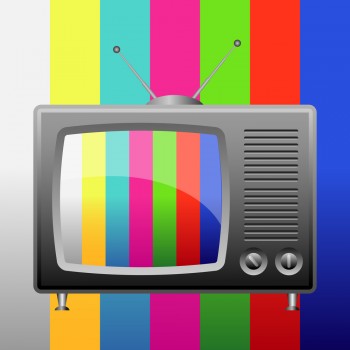 In the past, producing advertisements for television was an expensive and time-consuming task that weren’t affordable for small- and medium-sized businesses. As Brafton reported, a lot has changed in the past decade that’s made old forms of advertising and customer engagement much easier.

For instance, online videos aren’t a niche product anymore. In addition to the fact that YouTube logs over one billion unique views every month, consumers are usually swayed by visual marketing methods. According to a study by Oracle and Eloqua, 46 percent of people are more likely to seek information about products or services after seeing them in videos.

You might still be skeptical that video is going to be an effective part of a content marketing campaign if you’re hung up on older forms of video – particularly the way that marketers presented themselves on television. Think about these old-fashioned methods and consider exactly how video marketing is different.

These (cheesy) productions might have been popular when people watched a lot of TV, but consumers are spending less time in front of television screens. Cable had its worst year in terms of viewership in 2013, according to the LA Times. Not only are TV audiences straying away from old ad formats, but digital distribution allows for smarter sharing.

Shooting and editing video used to be a highly specialized field that required extremely expensive equipment and a massive team of specialists, whereas some modern Oscar-nominated movies have been partially filmed on smartphones. A video marketing campaign doesn’t have to take all your time and money. Competition with other stories

News content is one of the best ways to diversify a marketing campaign, but broadcast news programs couldn’t focus on a single company – only subjects that were newsworthy. Nowadays, a company can partner with small video production teams to create content exclusive to topics that matter to their online audiences.

If there is a downside to the modern internet video format, it’s that viewers demand short content . However, this is actually ideal for marketing purposes. As Brafton reported, viewers watch videos that are an average of 5.1 minutes in length. Anything longer and it will be difficult to hold customers’ attention.

The most difficult part of traditional video, and marketing in general, was that it often required publishers. This might mean commercials on television, ads in a newspaper or sponsored messages on the radio. Video marketing allows marketers to create their own unsponsored content that directly reaches consumers.

Focusing only on the positive comparisons to older forms of marketing actually doesn’t do the video format justice. In addition to constructively impacting social signals, video lets companies become integral parts of a niche market’s online community. As customers demand richer media from the companies they research, video is on track to become one of the more important formats available to marketers.