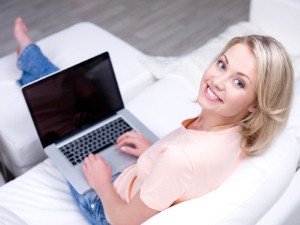 A report from BabyCenter found that mothers are among the most active demographics on social media when compared to the general population of American web users. The study demonstrates the value of social content aimed at this target audience, which uses the channel to research purchases, stay in touch with friends and monitor current events.

According to BabyCenter, 80 percent of mothers who use the web regularly access various social media websites. This means social marketing to reach moms has especially strong potential, as just more than half of all web users say they login to Facebook, Twitter and other social platforms.

Moreover, 60 percent of female web users with children say they they Like brands on Facebook, and 52 percent report that they have more than 200 friends on the network. For the web population at-large, these figures are just 53 percent and 32 percent respectively.

Tailoring social content to targeted audiences is critical for businesses looking to augment web traffic and sales with social media marketing. While there are several different audiences likely to engage, mothers represents an active subset with buying power.

“This research confirmed what we’ve been seeing over the last couple of years – that mom is at the forefront of technology adoption, readily transforming behaviors to better support her journey of motherhood,” Mike Fogarty, senior vice president and global publisher at BabyCenter, said in a release. “Today, the American media mom is getting the information and entertainment she wants anywhere she wants it.

Brafton recently reported that Facebook content is shown to influence conversions among all web users. The report, citing data from comScore, found that Facebook fans and their friends are more likely to make a purchase when they see relevant content on the social network and BabyCenter’s data indicates moms are a prime target for Facebook posts.

Most demographics are more frequently viewing video content, with Brafton reporting that Americans viewed more than 10 billion video ads on the web in May.Furthermore, video content marketing may be an ideal method for reaching mothers, according to BabyCenter. Moms are 50 percent more likely to view web video content than the average web user, especially when the subject matter pertains to products and services they’re researching.