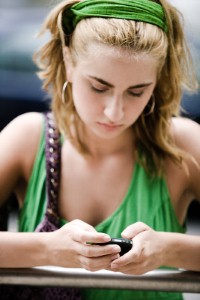 Marketers investing in mobile campaigns have been banking on the idea that on-the-go consumers are using their phones to decide where to shop. Now, a new survey from the Yellow Pages Association conducted by comScore indicates mobile local search listings are an increasingly important way to unlock a desirable user base.

The recently released study reveals that 17.3 million mobile users accessed business directories via mobile devices in March 2010, representing a 14 percent year-over-year increase. The number of consumers who accessed these directories on their devices at least once per week increased by more than 16 percent, reaching nearly 5 million users.

The growth of mobile business directory users is particularly strong, outpacing the increases in the number of users who browse the mobile web, download mobile web content or use applications. This indicates local listings on mobile directories are a valuable way to reach certain consumers.

Notably, the study suggest mobile usage of business directories could give marketers access to young and wealthy users, with 58 percent under the age of 34 and more than half boasting a household income of greater than $75,000.

The study confirms earlier reports that consumers are increasingly looking up local businesses on the mobile web. Compete’s Q1 2010 Smarthpone Intelligence Survey shows that mobile users not only check out companies’ listings but act on what they find – one in three smartphone users visit local businesses they discover via their mobile devices.

Consumers are most commonly accessing mobile internet yellow pages via Google and Yahoo sites, according to the comScore report. This means paid search campaigns could also be a good way to catch mobile clicks, and marketers may want to allocate their mobile paid search dollars to Google. Royal Pingdom recently released Statcounter data showing that Google currently accounts for 98.29 percent of the global mobile search market.