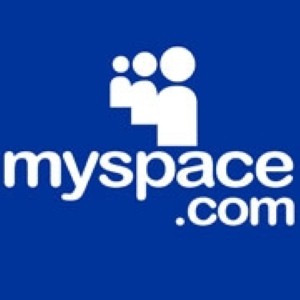 With comScore's recent report that Facebook attracted 145 million unique visitors last month and new ad opportunities constantly developing on the channel, marketers are increasingly incorporating Facebook into their online campaigns. At the same time, MySpace – once the leading social site – is constantly losing its appeal among both consumers and advertisers.

After a long battle claiming it was different from Facebook, MySpace seems to have conceded that Zucerkberg's site has more appeal. The company announced it will let users sync their updates with Facebook. Director of product management, Jennifer Ruffner, says this is an "exciting" opportunity for users to "complement their MySpace presence" – particularly the musicians MySpace targets.

MySpace has long argued it is the site where users can "discover and be discovered," positioning itself as the ideal space for music brands to generate buzz. But it seems to fail in the face of Facebook even on this front.

For example, indie rock band Explosions in the Sky has had a MySpace profile since 2007. It has 68,455 "friends" on MySpace who listen to samples or buy its music. The band seems to have joined Facebook in fall 2009, and it already boasts more than 170,000 fans on the platform. The Facebook page also has the group's music posted for buying, and it seems to be better engaging listeners based on the photos, comments, "likes" and other user-generated content covering the page.

If the music industry is supposedly MySpace's strength and it gets swamped by Facebook in this sector, it's easy to imagine how much more effective Facebook is for other types of brands.

Just as brands' profiles seem to perform better on Facebook, marketers are apparently finding that paid ads catch more clicks on Zuckerberg's site. An eMarketer report relayed by the L.A. Times indicates that MySpace ad spend dropped 13 percent this year, while Facebook ad budgets increased by 14 percent, reaching $835 in 2010. The research firm expects MySpace ad spend to drop 38 percent from 2009 spending in 2011, while Facebook ad spend will reach an estimated $1.76 billion next year. Marketer moving budgets toward Facebook may be interested in Brafton's earlier reports about Facebook's new review ad format and new analytics tools that make Facebook a friend to marketers.

The moral of the story is flexibility is key. MySpace was once the reigning social site, and it has quickly been dethroned. Generating a presence on emerging platforms is important to sustaining consumers' interest in a brand.