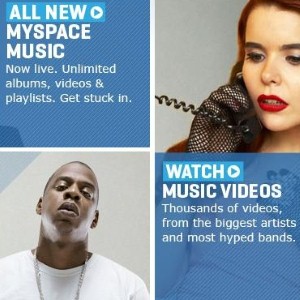 Myspace had some mixed news to report this week. The social site made major layoffs, but it simultaneously reported that its new entertainment offers have brought new users. Could the long-struggling social site have found a niche that will offer certain brands access to a valuable online audience?

The company is laying off nearly half of its global staff, or 500 workers. Some speculate that these employee cuts are preparation for the site to seek potential buyers, but the company suggests the lay offs facilitate clarity of purpose as the site works to maintain an entertainment audience. The cuts are supposedly unrelated to the performance of the new Myspace product.

Brafton has reported that Myspace recently relaunched itself as an entertainment site with myriad social sharing options. Marketers in related industries may like that the site encourages spreading content across the web, and they might also like the opportunity to connect with a broader audience thanks to a growing Myspace user-base.

"Since the worldwide rollout of the new Myspace, there have been more than 3.3 million new profiles created," said CEO Mike Jones. He says that the site now also boasts 22 million users. (As Brafton reported, Myspace launched a new mobile website in early December.)

While there is decidedly no Myspace future for the laid-off workers, marketers may want to monitor the channel’s developments to decide if their brands could have a marketing future on the site. Quality content will be key to catching shares among Myspace’s entertainment-focused users, as it is key to success on any social site.

Social content marketing is poised to become a top marketing priority in 2011. Brafton recently reported that experts at Affiliate Summit West suggest relevant social content will be vital to branding this year.