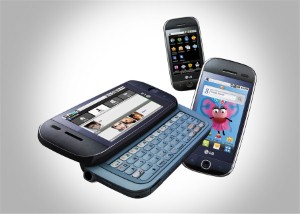 The fast-growing social blog site Tumblr is proving a meaningful platform for marketers to engage consumers, and the tool may soon have a broader reach. Brafton wrote about the rising popularity of Tumblr just last week, and a new Android app makes it possible for marketers to blog on the move – and reach consumers who are checking in on the site with their Android-based mobile devices.

Tumblr, which the New York Times reports currently boasts more than 6.6 million bloggers, is a unique social platform in that marketers can't buy ads on the space. Instead, they must actively engage fellow bloggers by producing and sharing content that reflects their brands' personalities. In a sense, Tumblr enforces good marketing practices because it's rooted in promoting a company as a thought leader, interacting with consumers and supporting user-generated content.

Now, marketers with phones that run on Android can produce real-time blog posts, and the app should make it easier for them to reach the growing number of consumers with mobile devices that operate on the Android system. A recent Canalys report indicates that Android smart phone shipments grew by 886 percent in Q2 2010 over the second quarter of last year. Phones on Android systems are showing the most gains around the world, and they currently represent 34 percent of the U.S. smartphone market.

This new app lets marketers take advantage of both the rising mobile market and an increased focus on blogging. As Brafton reported yesterday, 34 percent of companies are using blogs to connect with consumers this year, and usage will jump to 43 percent by 2012.