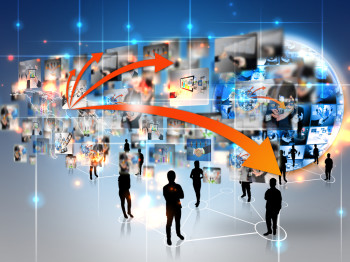 ​The folks at Google announced a few changes to their social network of choice during the May 2013 I/O keynote. Google+ has already gone through several transformations over the past year, following in Facebook’s footsteps in some cases, while innovating on its own accord.

The most noticeable change announced yesterday alters the social network’s Stream, turning it into a responsive, multi-column interface. Users will see one, two or three columns of content depending on their device’s screen size and orientation.​ ​Google also enhanced photos and videos to make them more stunning within the Google+ Stream.

Perhaps the biggest change unveiled at Google’s I/O will improve the social media content recommendation feature recently introduced in the new Google+ mobile app. Brafton reported that Google+’s mobile app will surface relevant website content and position articles on users’ Streams based on social shares and +1s. The network will now automatically add hashtags to posts, making it easier for members to filter through content by subject matter. Google+ will also identify and rank relevant conversations within these hashtags, so the best media shows up higher in search, and users engage with the right information fast.

Marketers who have created Google+ accounts, but haven’t incorporated them into social media marketing campaigns, might finally see activity and engagement on the site increase. For those who haven’t started Google+ marketing, new features help amplify brands’ core messages, so it’s never too late to ​jump on board​.