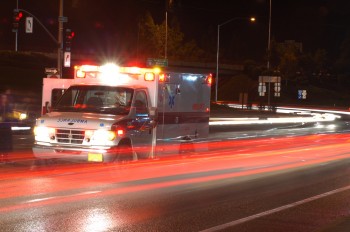 When driving on the highway, cautious travelers often pull over to the side of the road after seeing a speeding ambulance in the rear-view mirrors. However, the bold – and rude – drivers take advantage of the window to follow the vehicle and bypass any traffic jams. In some instances, SEO is the ambulance-chasing of the World Wide Web, and publishing news content to company websites can improve brand awareness by taking advantage of the day’s events. If brands connect their content and social media updates with hot events, they’ll bypass the competition and populate more SERP real estate, as though speeding ahead of other cars in the wake of an ambulance. Google recently commented on the Super Bowl’s top searches, highlighting the subjects Americans looked into most often during the game. Overall, topics like M&M’s, Beyonce, Baltimore Ravens, San Francisco 49ers and Colin Kaepernick were trending search topics. Of course, these terms spiked during various times throughout the game. For example, during Pepsi’s halftime show, it’d be difficult for any internet user to not come across something related to Beyonce’s jaw-dropping performance.

More, fan-favorite TV commercials from M&M’s, Mercedes-Benz, Disney’s ‘Oz Great and Powerful,’ Lincoln and Audi generated a significant volume of searches via YouTube, encouraging viewers to take to their second screens for additional media coverage. Super Bowl ads or teasers were watched more than 66 million times on YouTube leading up to the big game. How do these search trends translate into brand building opportunities for American businesses?

When companies publish SEO content to their websites or blogs commenting on trending topics, the timeliness of the posts and the value of the information forces Google to rank the media higher in SERPs. For example, a Twitter marketing company could highlight the network’s influence by publishing an article that comments on how members used the microblogging site to remain informed on the Mercedes-Benz Superdome power outage. The article could focus on the reach of Twitter and the recent blackout, benefiting from the heavily searched topic and generating leads through the SEO value of the blog content. It’s like ambulance chasing on the web, but fellow travelers won’t get as annoyed and no one gets hurt.