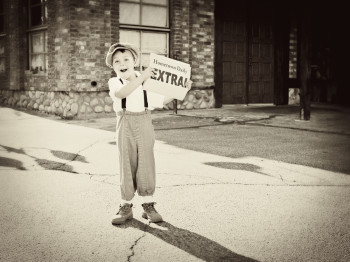 ​With newspaper companies experiencing financial troubles and watching their acceptance rates plummet, businesses are discovering the value of content marketing on the web. Brafton reported on an Edelman study that found overall trust in media increased 5 percent year-over-year in 2012. Search engines topped the list with 61 percent of Millennials favoring online content over traditional media outlets (59 percent).

Surprisingly, Millennials expressed the greatest deal of confidence to Gallup, with 30 percent of them saying the offline publications will continue to influence news coverage in the foreseeable future. Americans aged 30 to 49 (22 percent) and 50 to 64 (17 percent) show the least amount of interest in newspapers.

While these publications didn’t receive overwhelming support from the American people, they still generated a higher confidence rate than Congress (10 percent) and big business (22 percent).

Either way, companies that want to build public presences and grow brand recognition should do so online, as web content and social media marketing can expand business’ reach much farther than newspapers. Developing a content marketing strategy that includes online press releases, regular blog content, social media updates and video posts can spread newsworthy information on the web and increase search discovery via Google and Bing.

Brands that traditionally relied on offline marketing channels for exposure shouldn’t delay moving to the internet for much longer – there’s too much money to be made online to still depend on offline media outlets for ROI.