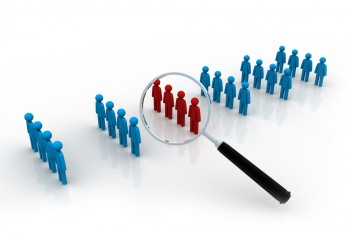 Social media marketing is all about increasing a brand’s visibility, so it stands to reason the platforms with the most users are the best for sharing original content and other marketing materials. However, there’s another measure that should be considered: how dependant users are on the various networks where they engage with friends and businesses alike.

UTA Brand Studio recently conducted a study of the intensity with which people depend on different social services, and while there were some unsurprising results, there were also some unexpected responses. For example, Facebook received the highest dependency score (43 percent of users named it the most difficult service to go without), with Instagram not far behind at 42 percent.

Different ages depend on different platforms

Some more interesting data was revealed when groups were broken down by age. For instance, while Facebook remained on top for the 25-44 and 44+ segments, Instagram was actually the top choice for under-25 respondents. Additionally, while Tumblr and Pinterest rounded out the top five for the youngest bracket, Foursquare and reddit were only in the top five for the oldest demographic surveyed.

There are a couple insights that can be drawn from these results. The first is younger consumers are much more likely to adopt newer social platforms. While Instagram was the number one under-25 network, with over half of the respondents saying they depend on it, barely one-third of the over-45 crowd felt the same way.

Social media marketing plans should take this type of discrepancy into account. Businesses intent on targeting younger consumers should be more willing to experiment with newer platforms, such as Snapchat, while companies with older target customers should stick to the “old” reliable services like Facebook and YouTube, which have become more or less standard.

Another important insight is that older demographics seem focused on commercially oriented platforms. For example, the third most important social network to over-45 users is Foursquare, while it didn’t even rank in the top 10 for the youngest group of respondents. It seems that, as far as social media marketing is concerned, younger customers don’t care as much about overtly commercial services, while older consumers consider them extremely important.