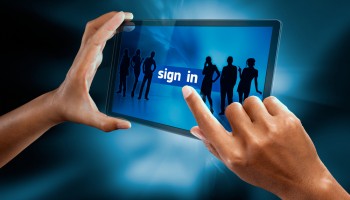 Social media thrives in American culture. From the moment people wake up in the morning to the seconds before they close their eyes at night, social networks like Facebook consume their minds, and active members can’t resist the temptation to update their statuses or post links and photos. It’s no wonder that Facebook has begun to exploit mobile technology to improve native advertising and social media marketing campaigns. According to Ask Your Target Market’s latest survey, 18 percent of respondents said that they often use Facebook on their mobile devices. Seventeen percent of respondents admitted that they sometimes use Facebook mobile apps, and 10 percent indicated they rarely log onto their accounts via their phones or tablet devices. Of the people who use mobile Facebook, 44 percent said that they connect with many brands through the platform, and 32 percent said that they interact with at least one company via Facebook. These figures are higher than the averages from PC users. AYTM data shows that 36 percent of PC users connect with several brands on Facebook and only 29 percent engage with at least one.

ATYM research suggests that mobile users – an already growing population of people – interact with more brands online than consumers on PCs. More, Nielsen’s “State of the Media: The Social Media Report 2012” discovered that between July 2011 and July 2012, high percentages of Americans transitioned to mobile Facebook users from stationary PCs. The report noted that more than 78 million Americans accessed Facebook through mobile applications – up 88 percent year-over-year. Approximately 74 million people in the United States logged onto Facebook via the mobile web, an increase of 85 percent. However, consumers using Facebook on their personal computers dropped by 4 percent year-over-year, serving more than 152 million Americans.

Currently, the way people access social media content on the web continues to change. Americans already show they’re willing to switch over to mobile technology at impressive year-over-year rates, and Facebook’s native advertising makes that market trend appetizing to brands across the nation. Barclays Capital expects Facebook mobile use to reach 1 billion global users by 2014, so developing a social media marketing strategy has become an essential practice for businesses everywhere.