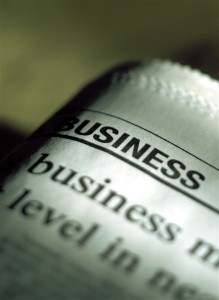 It may be true that many consumers were opening their laptops before their newspapers each morning fo 2010, and marketing dollars have followed accordingly. A recent report from eMarketer indicates that 2010 will be the first year that online advertising dollars exceed investment in newspaper ads.

EMarketer says that total newspaper ad spend – for print and online editions – will fall from $27.6 billion in 2009 to $25.7 billion this year. Meanwhile, the firm reports that internet ad spend has risen from $22.7 billion to $25.8 billion, marking the first time that online ad budgets have surpassed newspaper advertising dollars.

Moreover, eMarketer forecasts that internet advertising will continue to climb, reaching $28.5 billion in 2011. Newspaper ad spend is expected to continue to decline, dropping to $24.6 billion next year.

Search engines are increasingly becoming a window to headlines. Pew says one-third of Americans regularly search the web for news via Google and other search engines and brands may want to consider offering industry-specific news content on their sites to attract web visitors.