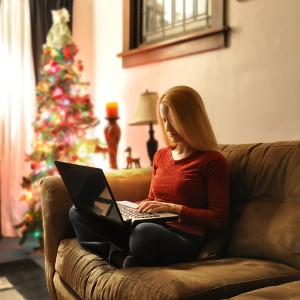 This year's holiday shopping patterns demonstrates that marketers can't underestimate the buying power of last-minute shoppers. Internet marketers who have continued to campaign their products and services into the final weeks of the holiday season may have seen significant gains last weekend, as comScore reports that online shopping for the weekend ending December 19 reached $900 million.

Shoppers spent 17 percent more last weekend than the corresponding weekend in 2009. The final weekend before Christmas pushed shopping for the week ending December 19 up to $5.5 billion – 14 percent more than the same week last year.

ComScore had suggested that online commerce would continue to flourish straight into the holidays. As Brafton reported, the firm's data showing that Green Monday (December 13) web sales hit $954 million was accompanied by news that nearly one-third of shoppers hadn't completed holiday purchases, and 11 percent of consumers were specifically waiting until the end of the season to buy.

With two weeks left until the end of the year, online holiday spend has hit $28.36 billion – more than the $25.27 billion spent during the same 49-day period last year, and almost as much as the 2009 shopping season overall.

The growth in ecommerce this holiday serves as evidence that internet marketing is an invaluable way to draw customers to a brand – a message apparently not lost on many marketers. As Brafton reported, online ad spend is expected to see double-digit growth in 2011, and it will surpass spending on the traditional newspaper platform next year.