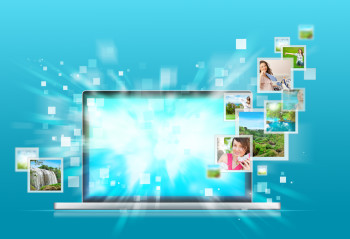 Traditionalists might find it hard to believe that 75 percent of advertisers say video content marketing is just as, if not more, effective than television ad spots, but the recently released US Video Advertising Report conducted by BrightRoll suggests visual media is pulling ahead of the pack. As streaming video content consumption has skyrocketed, so have brands’ budgets for online broadcasting.

The 2013 report revealed that ad spend on video marketing is projected to hit $4.14 billion by the end of the year, driven up by advertising executives who included digital video content in their annual requests for proposals (RFPs). A full two-thirds asked to dedicate at least half of their budgets to video marketing.

Video marketing spend is projected to hit $4.14 billion by the end of the year.

Marketers and advertisers have started to recognize that internet channels provide them with better visibility than TV ad spots alone, putting digital content in front of consumers using PCs, smartphones and tablets.

“Video has emerged from the shadow of digital media options and planted itself at the center of the advertising ecosystem,” said BrightRoll’s founder and CEO Tod Sacerdoti. “This year’s survey underscores digital video’s leadership position with proven effectiveness to reach audiences at scale.”

Brands that want their prospects to discover their video content should incorporate campaigns into larger social media strategies, according to a recent report covered by Brafton. Harris Interactive and Telly performed a survey which reported just 41 percent of respondents find videos in mobile search results, while 67 percent come across streaming content via social media.

Savvy marketers realize the game is still changing. By connecting the dots between content types and effective channels, brands can maximize their exposure online for the best internet marketing success.