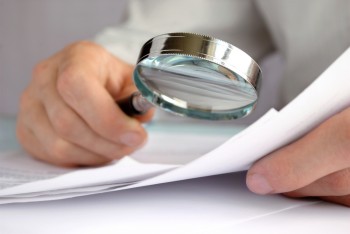 Brands trying to split their time and resources between paid ads and organic content marketing should be aware that one may be more effective than the other. According to a survey by UX firm Bunnyfoot and Econsultancy, 36 percent of consumers didn’t realize the first few entries in Google SERPs were paid ads.

This is an improvement from the 41 percent of people who couldn’t make the distinction last year, and it may have something to do with Google’s updated UX. Instead of a lightly colored box indicating search results were paid for, the current design puts small yellow “Ad” markers before sponsored entries.

The study also found 27 percent of consumers weren’t aware Google even featured advertisements. So while about a third of all potential customers might be inclined to click on paid Google ads, it stands to reason marketers will get a much higher ROI from organic web marketing simply because they have a larger pool of people from which to draw

As Brafton reported, web users are wary of native advertisements. People spend more than 15 seconds browsing web content 71 percent of the time, but that number falls to 24 percent when the reader gets the impression he or she is reading an advertisement. So marketers need to be careful not to come across as overly salesy. Instead, they need to provide actual value in the content they use to market their products and services.

That principle extends to video content as well. Unruly Media conducted a study of Super Bowl ads to determine what factors accounted for TV spots’ popularity. It turns out that of the 15 most popular advertisements, only three featured celebrities. And of the 100-most shared Super Bowl ads of all time, only 13 percent included prominent people.

Instead, the bulk of the beloved ads were “emotionally charged.” This is an important lesson for brand marketers to learn, as it indicates visibility, coverage and popularity are not equivalent to emotional resonance and interest. Rather than trying to purchase ads or create content that appeals to the largest group of people, content marketing should seek to resonate within a group of ideal and likely customers – whether through videos, social posts or organic content.